Judge: J Thorburn (Holmlea)
Ten flocks took part in the 2014 Scottish Branch Zwartbles Sheep Association flock competition. The competition was judged by last year’s winner, Mr John Thorburn of the Holmlea flock, Dumfries. John travelled almost 1,000 miles to see all of the entries, thanks is extended to John for travelling the length of the country to complete his judging task.

The results were announced at the Scottish Branch AGM on Sunday 9th November at the Royal Hotel, Bridge of Allan.

Well done to all those who took part and thank you also to the members supporting the competition. 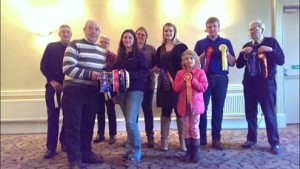