A small consignment of rams topped at a creditable 350gns for “Holmlea Cheton” a shearling ram having won Reserve Male Champion from AJ Thorburn and secured by A Finch, Coalville, Leicestershire. 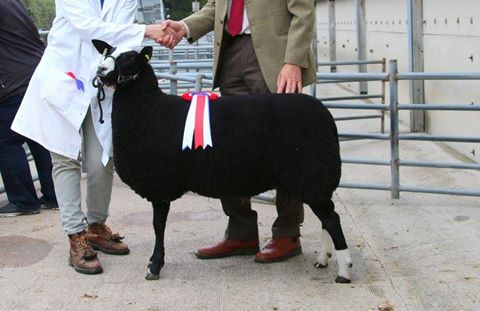