Caroline Anderson
Scottish Region
Despite extremely wet weather, Scotsheep 2012 drew a record crowd.  HRH Prince Charles was in attendance and addressed the crowd during the opening ceremony. Adam Henson, the popular and well known BBC TV presenter (Countryfile) was noticed going round the breed stands and presented various prizes later in the day. 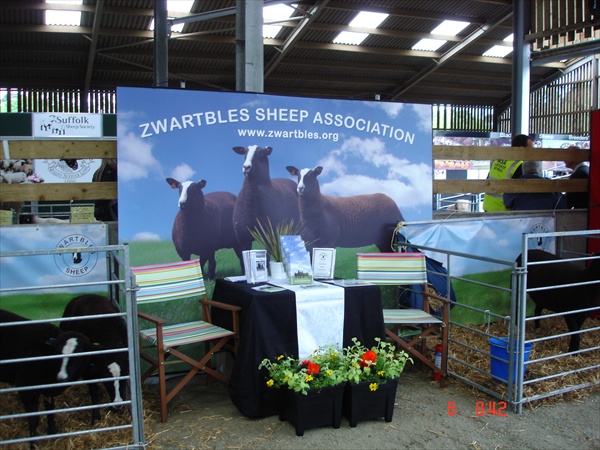 The Zwartbles Sheep Association's striking new breed stand was on display with a gimmer and two tup lambs on show, kindly provided by Matthew Simpson (Tardoes).   There was steady interest throughout the day with many who came to the stand for a chat interested in crossing either as a first cross or having crossed with i.e. Blackface or Texels and now interested in what to use on those crosses next time round. It was great to have Christina Cormack, ZSA secretary on the stand for a while where she had the opportunity to meet many ZSA members doing the rounds.  Thanks to Lorraine Crum for organising the stand, Matthew and Janice Simpson and Gordon Gillon for assisting by providing sheep and helping Lorraine with the set up and removal of the display, and to Lorraine, Matthew, Gordon, Charles Scott and Ailsa Dickinson who were on hand to deal with queries on the day. 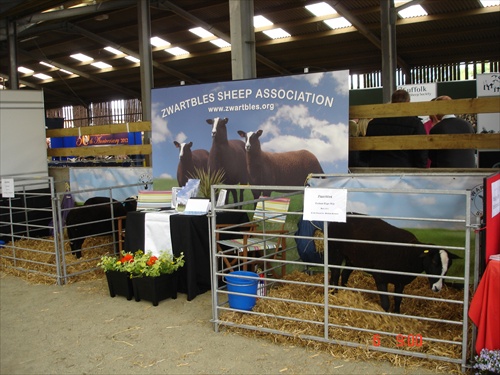